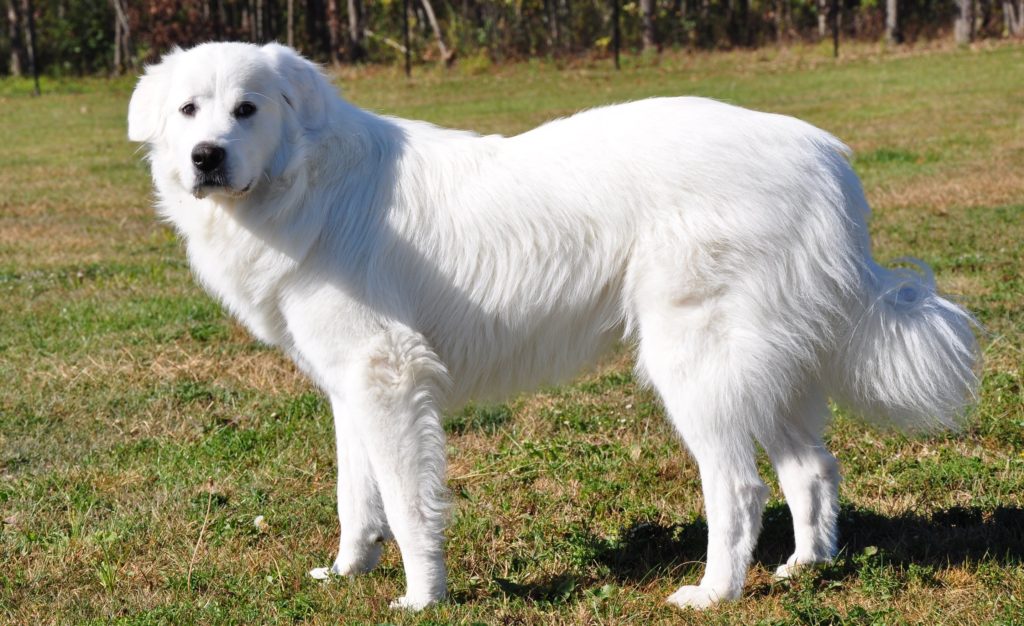 The Great Pyrenees was once known as the royal dog of France and, with his stunning white coat and imposing presence, is considered to be one of the most beautiful breeds. His heritage is that of a flock-guarding dog in the Pyrenees mountains of France and Spain. Rather than herding sheep or other livestock, it was his job to protect them from predators such as wolves. The job called for a large, powerful, brave, and wary dog. He worked independently, often on his own for days or weeks at a time, and is unaccustomed to taking a lot of orders.

These days, the Great Pyrenees is primarily a family companion, although some still find employment as livestock guardians. The Great Pyrenees has many good qualities, but he is not the easiest dog to live with. If you want a calm, protective Great Pyrenees at his best, be prepared to do a lot of homework to find him and to put in plenty of effort training and socializing once you bring him home. The Great Pyrenees is a flock-guarding breed who is placid in the home and gentle with children. He has a watchful, protective nature and is more serious than many dogs. He is only moderately active. A couple of short or moderate leashed walks daily will satisfy his exercise needs. If you love the outdoors, the Pyr’s mountain heritage makes him a good hiking companion. Sounds great, right? Not so fast!

The Great Pyrenees requires a securely fenced yard that will prevent him from roaming and attempting to enlarge his territory. He is not a candidate for off-leash walks. While he thrives in cold weather, he is sensitive to heat. And he drools. Be ready to wipe his mouth after he drinks so he doesn’t drip. This is a giant breed. That cute little white ball of fluff will grow up to weigh 70 to 150 pounds. Because they are guardian dogs, Great Pyrenees are suspicious as a rule. They will graciously admit anyone you invite into your home, but intruders or unexpected visitors will get a very different, much more intimidating reception. If none of that fazes you, a Great Pyrenees may be your dog of choice.